Last year I had to stop writing Interzone reports which had become huge and were taking too much time. But I keep on publishing the news from the network in the blogs Interzone news http://interzone-news.blogspot.com/ and Bienvenue à Interzone http://isabellebaudron.blog.lemonde.fr/ .

Created in 2008, Interzone Editions is six years old. The enterprise is an experiment of the non-Aristotelian economy formulated in the framework of the research in economy conducted by Interzone network (see Interzone Academy 2011 and the blog Pour une économie non-aristotélicienne articles in French and English) and until now the results have confirmed the hypothesis of the start.

The benefits from the sales are shared between all participants of each book (author, illustrator, translator, and publisher).
The prices will increase starting from January 1st 2015, due to the European VAT : Amazon changes KDP terms in response to upcoming changes in EU tax laws . Just discovering Amazon publishing, I am not presently aware of the implications of this law, nor of the actual changes on prices in the future.

To conclude, I wish everyone excellent Christmas celebrations ! 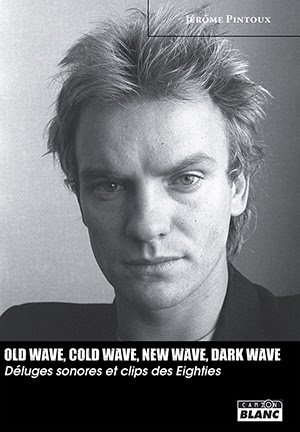 Interzone Editions: « Stella Matutina » for sale on line in Kindle edition on Amazon, in French and English versions

Interzone Editions is starting electronic publishing on Amazon :
The Christmas tale for children, "Stella Matutina" by Marylis, is on line : 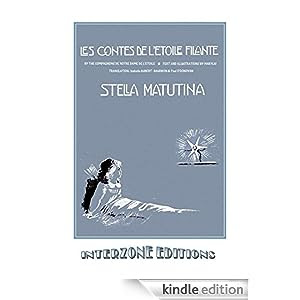 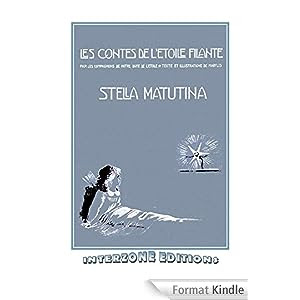 CAPTAIN JACK
I know this poet who dances with words
who does the two-step political hustle
that lacks any real muscle
a Waltzing Matilda poet
who glides along the dance floor
like a skilled political whore
a poet weaned on the game of favors
who traded in his vision
for a poetry politicians hat
but dancing for an audience
isn’t like feeling the rhythm
that rubs up against the soul
Buffy Saint-Marie
Phil Ochs, Woody Guthrie,
Pete Seeger, Billy Bragg
were living proof of this
power corrupts
the spiritual truth
the scriptures tell us this
the true poet knows this
stands tall above the dancing
with word poets
who are little more than
an instrument of a poem
far greater than themselves
*
bar room revolution talk
is little more than
an exercise in futility
take it to the streets
be like Walt Whitman
walk blood stained battlefields
real and imagined
tend to the spiritual wounds
of your comrades
quit trading favors
in twenty-eight
Baskin and Robbin flavors
be like the people of Egypt
who risked life and limb
for their beliefs
be like the anonymous poets of Poland
who during the height
of government tyranny
tossed poems into the public square
for the people to read
giving them hope in desperate times
sitting at Spec’s bar in North Beach
downing shots of vodka
and shouting,” I hate America,
is cheap political theater
be like your sisters and brothers
in the workers struggle in Wisconsin
marching for worker rights
love them become one with them
shout your poems from town squares
and from rooftops in solidarity
with them.
poet laureate’s come and go
inmates die on death row
words can not be danced with
they need to b lived
Whitman was the Heavyweight
champion of poetry
stood tall and fearless
among the enemy
which is never really man
but the poison in his soul
pride envy ego
lust for power
how can those inflicted
with this disease
write from the soul
one column of media praise
is of less value
than a single tear-drop on a poem
from a waitress in a greasy
road stop diner
a poet who dances with words
dances a solo dance
in a barroom with no jukebox
the true poet’s topic
is the people
not the poet.
*
https://www.amazon.com/author/a.d.winans
Publié par Isabelle Aubert-Baudron à 18:33 Aucun commentaire: 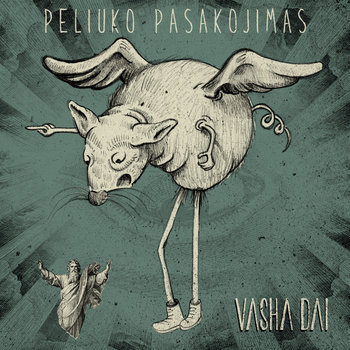 Eleventh Moon is a cover band of Seventies progressive rock.
The meaning of this formation is to bring you back into the musical atmosphere which was reigning on this scene during an amazing decade.
For ten years, from 1969 to 1979, many bands endlessly pushed back the limits of differents musical styles and made a whole generation dream.
With Eleventh Moon, you will listen to groups such as Pink Floyd, Genesis, King Crimson, Yes, Camel, Gentle Giant, Supertramp, etc.
Come discover again seventies progressive rock, live, on stage, before your very eyes and for the pleasure of your ears. 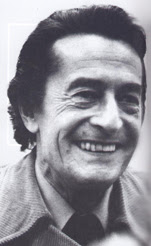 https://www.facebook.com/george.laughead/posts/10205377248976543
With all the interest in the Zap Comix collected edition (20 pounds, they say ), I thought it important to make sure Charley Plymell (@ Pam Plymell)is kept in his historical place as the publisher/printer of the first issue -- heard the new collection has sold out -- at almost 500 dollar a copy -- congrats to Patrick Rosenkranz for his work in the book.
Here's Charley's history of the events around Zap's first issue: http://www.vlib.us/beats/plymellrcrumb.html 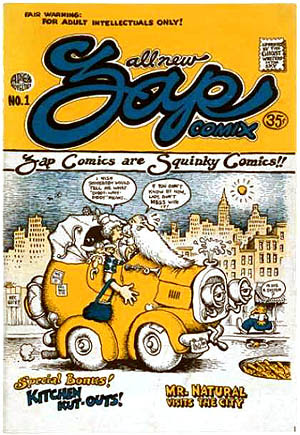 
Read in Beats In Kansas: The Beat Generation at : http://www.vlib.us/beats/plymellrcrumb.html

Hi,
Punk Hostage Press has just released my new book Dead Lions ,  a literary memoir on my friendship with literary legends Alvah Bessie (one of the original Hollywood Ten), Charles Bukowski, Bob Kaufman, and Jack Micheline.
FROM THE PUBLISHER:
“Dead Lions is a must read for young poets and writers and those who may be unfamiliar with four literary icons of our time. The author gives the reader an intimate look into the lives of Charles Bukowski, Bob Kaufman, Jack Micheline, and Alvah Bessie, one of the Hollywood Ten who went to prison for defying the House on Un American Activities Committee.
Take a trip down memory lane as Winans recalls his friendship and personal experiences with these poets and writers who influenced Winan’s own considerable body of work.”
ORDER information can be found on Amazon Com, as well as information on my PEN Josephine Miles award winning book (This Land Is Not My Land) and other books.
https://www.amazon.com/author/a.d.winans
Publié par Isabelle Aubert-Baudron à 09:16 Aucun commentaire: 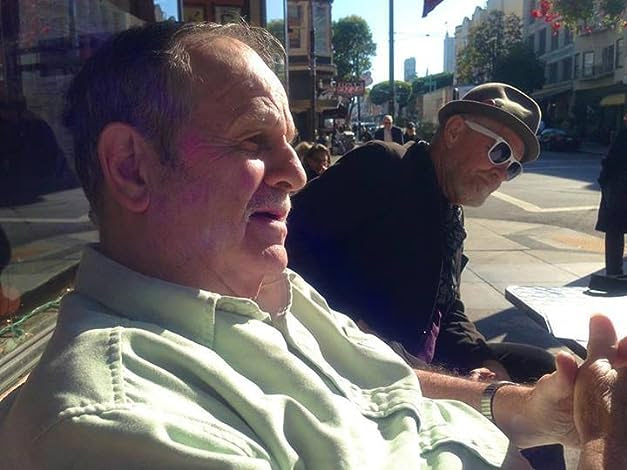 A. D. Winans is a native San Francisco award winning poet and writer.
He is the author of sixty books and chapbooks of poetry and prose, including North Beach Poems, North Beach Revisited, Drowning Like Li Po in a River of Red Wine, In The Dead Hours of Dawn, San Francisco Poems, and Dead Lions. He is a graduate of San Francisco State College (now University).
In 2014 he won a Kathy Acker Poetry and Publishing Award. In 2006 He won a PEN Josephine Miles Award for Excellence in Literature. In 2009 PEN Oakland awarded him a lifetime achievement award.
From 1972 to 1989 Winans edited and published Second Coming Press, which produced a large number of books and anthologies, among them the highly acclaimed California Bicentennial Poet's Anthology, which included poets like David Meltzer, Jack Micheline, Lawrence Ferlinghetti, Ishmael Reed, Josephine Miles, Bob Kaufman, and William Everson.
He worked as an editor and writer for the San Francisco Art Commission, from 1975 to 1980, during which time he produced the Second Coming 1980 Poets and Music Festival, honoring the late Josephine Miles and John Lee Hooker.
He has read his poetry with many acclaimed poets, including Diane DiPrima, Bob Kaufman, Jack Micheline, Harold Norse, Lawrence Ferlinghetti, and all of the past and current San Francisco Poet Laureates.
His work has appeared in over 1500 literary magazines and anthologies, including City Lights Journal, Exquisite Corpse, Poetry Australia, Confrontation, The New York Quarterly, The Patterson Literary Review, The San Francisco Chronicle, and The Outlaw Bible of American Poetry.
In April 2002 a poem of his was set to music By William Bolcom, a Pulitzer Prize winning composer, and performed at New York's Alice Tully Hall. In January 2009 Sound Street Tracks released a mastered CD of Winans reading from his book, The Reagan Psalms.
In 2012 The Louisiana University at Lafayette recorded a CD of Song Cycles by American Composers, and included in the CD is the song cycle of nationally acclaimed William Bolcom. Old Addresses, with song poems by Winans, Oscar Wilde, Ezra Pound, Langston Huges, C.P. Cavafy, Kenneth Koch and others.
Writers like Colin Wilson, Studs Terkel, James Purdy, Peter Coyote, Herbert Gold, and the late Jack Micheline and Charles Bukowski have praised his work.
He has worked at a variety of jobs, most recently with the U.S. Dept. of Education as an Equal Opportunity Specialist, investigating claims of discrimination against minorities, women and the disabled.
Winans is a member of PEN, and has served on the Board of Directors of various art organizations, including the now defunct Committee of Small Magazine Editors and Publishers (COSMEP). He is currently on the advisory board of the San Francisco International Poetry Library.
He is listed in Who's Who International Poetry Directory, Who's Who in America, the Gale Research Contemporary American Authors series, and the Gale Research Contemporary authors autobiography series.
Most recently he served on the host committee for the 2012 San Francisco International Poetry Festival.
His essay on the late Bob Kaufman was published in the American Poetry Review and was republished in 2007 by The Writer's Research Group. In September 2009 the article was again re-published along with a poem of his for Bob Kaufman, as part of a booklet produced by the Los Angeles Afro American Museum. 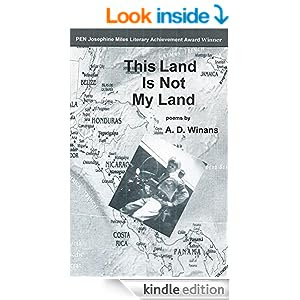 the second album from 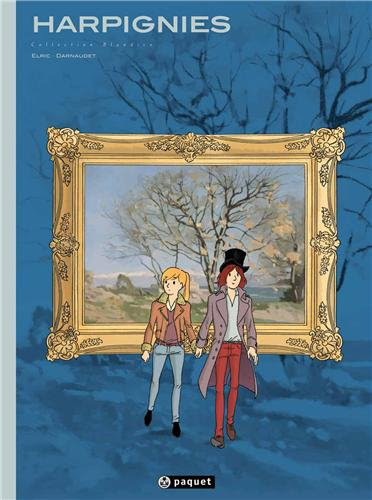 http://www.theguardian.com/science/2014/oct/26/william-burroughs-drugs-cure-inspires-alzheimers-researcher
Author’s search in South America for the shamans’ plant hallucinogenic yagé and use of apomorphine to control his addiction leads neurologist to call for clinical trials


http://www.theguardian.com/science/2014/oct/26/william-burroughs-drugs-cure-inspires-alzheimers-researcher
Author’s search in South America for the shamans’ plant hallucinogenic yagé and use of apomorphine to control his addiction leads neurologist to call for clinical trials
Robert McCrum
The Observer, Sunday 26 October 2014 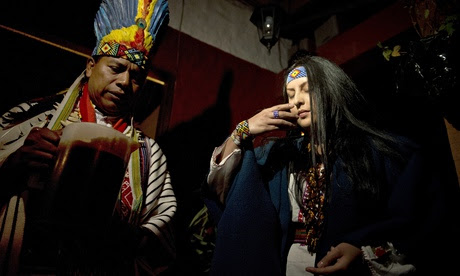