New Lithuanian project from Sala, Zpoan Vtens, Poccolus members. Deep atmospheric music with concept story in it. Sung in their native language tracks vary from mellow, melancholic, minimal to eerie, weird, experimental. The story is about Lucifer-The Bringer of Light. Beautiful pdf booklet contains full texts with summary in English. If you want to hear music before downloading, you can go to:
www.myspace.com/vashadai and listen all the songs there.


This audio is part of the collection: Community Audio

Philip Beitchman: "The Theatre of Naturalism"

"The Theatre of Naturalism" by Philip Beitchman

"Anyone interested in modern European naturalism and its legacy will want to read The Theatre of Naturalism. It raises a number of important questions and challenges us to reconsider the contributions of this often undervalued movement."

Beside the site "La sémantique générale pour tous" I have created this blog dedicated to a non-Aristotelian economy, formulated in Interzone since january 2000 :

First articles of the blog:

The articles written for Interzone, starting in January 2000, are on line at http://generalsemantics4all.wordpress.com/une-economie-non-aristotelicienne/restructuration/ and http://semantiquegenerale.free.fr/ecorestruct.htm 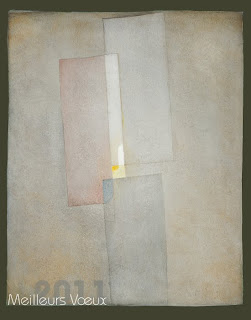 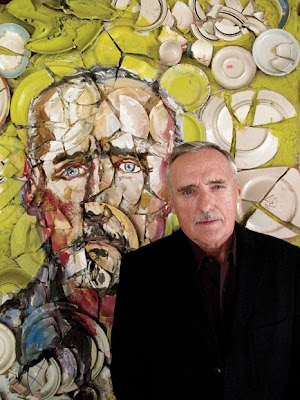 A TRIBUTE TO "WE JAM ECONO" - an original moment in time, man!

A tribute by Charles Plymell on the Minutemen in Paul Hawkins' site :
http://www.hesterglock.com/words/sounds/we%20jam%20econo%20tribute%20by%20charles%20plymell.html

Richard Krech: At the End of Time

Richard Krech was born in 1946 and grew up in Berkeley, California. He became involved in civil rights activities in 1963 and started writing soon thereafter. Krech published a poetry magazine and organized a series of poetry readings at a bookstore on Telegraph Avenue in Berkeley from 1966 to 1969. He authored several books, including The Incompleat Works of Richard Krech: Poems 1966–1974, and had numerous periodical appearances before he stopped writing poetry in the mid-’70s.

In 1976 Krech went to law school and has been practicing criminal defense in Oakland, California since 1980. His practice has included everything from murder to shoplifting as well as pro bono representation of anti-war demonstrators and others similarly situated. He now has a primarily appellate practice.

Krech began writing poetry again early this century. Since then he has had several books and numerous periodical appearances and a bibliography of his work was published in the summer of 2010. Krech has traveled frequently to Asia, Africa, Latin America, and Europe. He has three children, three grandchildren, and lives with his wife Mary Holbrook in Albany, California.

See the review at

From the shadows of a home town always rising from ashes with eternal fog lying in them like a heavy spirit comes... The Frisco Kid! An appreciation by Charles Plymell

Drowning like Li Po in a River of Red Wine by A D Winans is a book to be proud of. It’s a pick-it-up-random poem book that gets right to it, with selected poems organized chronologically from past publications, 1970-2010. One might think that 364 pages of verse (and colophon page) would be a lot to take in, but it is not. Everything is all right, like the years went by, exactly right, bringing it all back home. San Francisco was home to us all. She opened her doors to everyone, alone, weary, and timeless... from Jack Black to Jack Micheline. Everyone got a taste of that home, but Winans is the only one I’ve met who was born there. He must share her coiffed comeliness and spiritual highs, splashing her nacreous pearls from deep black water splayed into the fog of love, the mist from her eddies pressing back the lusty egalitarian thrust until it obeys. It always seemed a small town because it’s vertical, on different planes, each neighborhood seething with scenes. During my limited tenure, it seemed I lived on every street, if not neighborhood, or knew someone who was in this or that scene. And floating through those different planes were layers to its natural beauty that gave off the essence of love but could also sink down darkly and cruel as hell. Through Winans’s eyes one can live those streets again, like a Bob Kaufman looking out the window of a Muni bus in silent study of all action passing on her streets to the last window-framed panorama.

The book too, is exactly right, as a book should be made. The poems aren’t tucked in as a filler to the pretentious pages of slick magazines; they are presented in the best selection of typeface, the poems placed correctly on the page. Li Po would have approved. It has the right feel, the right dimension, and the right geography to go back to and turn the pages like wrapping dreams.

Winans and I are about the same age, and we both discovered the Beats in the late 1950s. We both had unconventional childhoods. My best times were in the fifties. We heard the McCarthy hearings in real time. We developed a similar political philosophy somewhere between Li Po and Upton Sinclair. Like most poets in the Bay Area grown into the sixties there was politics in our poetry. He served time in the service. Mine in the ROTC ... a Clinton/Bush deferment. I arrived in his old middle class neighborhood, the Haight, as the decade of the sixties began, before the kids took over the streets from little Russian ladies. He knew poets I did and the bars they read in, and the magazines they published in. San Francisco was constantly changing, sometimes overnight.

I didn’t know Winans in San Francisco but met him later at an Independent publishing event, “Small Press.” We took part in some of their organizations. We learned how the game was played and over the years watched it change into the “Politburo of Poetry” as all things government do with friends rewarding friends. Over the years, we’ve corresponded and shared our views on poetry, political scams and awards. We spot the phonies and neither of us much cares for labels. We’ve seen “revolutionary” poets & middle class kids get permission to protest. We’ve seen famous poets howl against Moloch and the government only to receive several thousands of government money and keep the Beatnik flack, not black, flying at the landmark tourist bookstore in North Beach. We’ve seen hypocrisy in all flavors in all the poets the city spawned. I’ve often wondered how he sees the invasion on his home turf.

My biggest regret is that I wasn’t with him when the great jazz clubs flourished in the days of Billie Holliday that he remembers in his poems, or the great blues legends like Johnny Lee Hooker. Yes, the times were always changing there. By the time Pam and I went to Mike’s Pool Hall with Ferlinghetti (Pam was underage), the GoGo girls were dancing in every joint. I got to see Sonny Rollins at an embarrassing two-drink minimum gig in North Beach when he was either too sick or too broken to wail. Yes, the city was built on Rock n’ Roll, Fillmore and the Avalon et. al. But the poets knew that it was really re-built, again and again. It all comes back in the works of Winans. It comes back as subtle and real as Bo Diddley’s words at the Avalon, a thriving line-in the street psychedelic hall bringing us the new sounds and lights. His words haunt me when he came to play to a handful, this “unknown” who said “and here I am now playing for you. Mercy Mercy Mercy.” I think I know what he meant. You will get the full history with Winans’s poems. They tell it real. San Francisco was always home to the outcasts from any origin. They became family. The moon on the water beckoning for all comers. The sun over the hills and bridges all bringing commerce, ships going to war. Friends and families living and dying. A changing city like the long nights and sunny days. My sister died in that Chinese Lantern of the Western Moon.

Jack Micheline came by to rally me to read and bring the “word” to the people. I had a good job on the docks and was starting a family. Besides, I said to him, how would you compete with the fame of sensational book trial no matter the poet and poet storeowner were (out of town) and let the Japanese-American clerk who sold the book stand trial, just in case it backfired. The days of Life and Time are over. They just want the tourist version. Micheline left dejected, but hopefully to Gino and Carlos bar to have a drink with Winans and revitalize the words again. Or the Anxious Asp to hear poets insult the poets from Cleveland in their hippy drag. It was like that. It could be a tough town. We didn’t walk to the docks with Longshoreman hooks in our belts for nothing. The town was built on many layers of compassion and destruction, giver and taker, almost religiously. I wonder sometimes how a poet would live all his life there. Probably by writing lines to William Wantling, an example of the many poets who walked the streets of his town: “Looking into the cracked lips of sorrow/I walk the harsh streets of tomorrow.” (Pg. 297) Pick it up and open it anywhere. But to really find out how the poet down South who wrote about the poet up North and what happens with the poets from the East who come to the West and drank at the bars in Winans’s home town, you’ll just have to open the book in a river of red wine on pg 183.

Gadfly on line: King of the Underground The magic world of William Burroughs by Victor Bockris

This article is not new, but it's a very good one.
Thanks to Vasha for sending it.

Along with the rest of Throbbing Gristle, Sleazy was a bold provocateur and activist. But he was also one of the most innovative musicians of his generation.

A man ahead of his time' ... Peter 'Sleazy' Christopherson, second from left, with Throbbing Gristle in the 80s. Photograph: Michael Ochs Archives/Redferns

It's impossible to overstate the influence of Peter "Sleazy" Christopherson, who died in his sleep yesterday, aged just 55. As a founding member of Throbbing Gristle, he was part of one of the most experimental and notorious British groups of all time. The first industrial band, their music covered everything from machine-like noise to almost quaintly melodic electro-pop. I can still remember the shock of realising the catchy United single was by the same people who I'd seen posing topless (along with female member Cosey Fanni Tutti) when it felt like pornography had suddenly infiltrated NME. 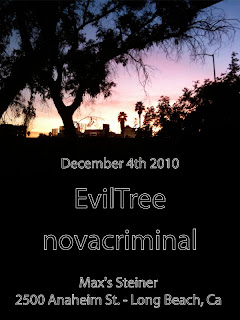 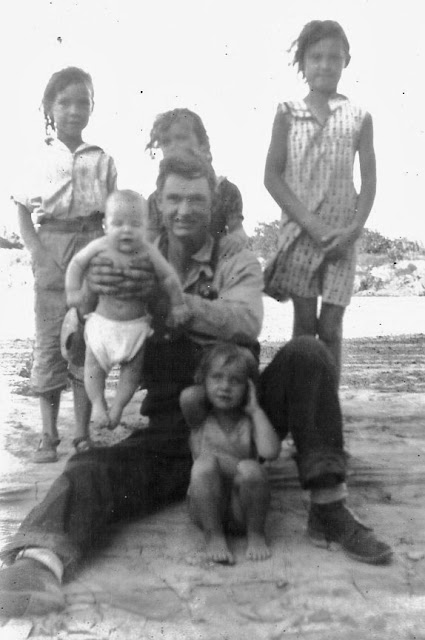 A D Winans in Desolation angels 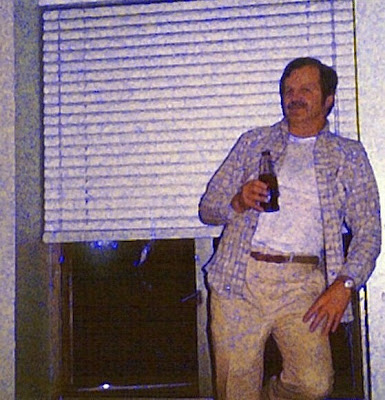 Some great photographs. A generous sample of poems of mine from 51 books and chapbooks of mine. Drowning Like Li Po in a River of Red Wine. 396 pages. BOS Press. Hardback edition sold out. Paper back copies still available for $20, plus $5 shipping.
Consider it for a Christmas gift for a friend of family member who loves poetry. 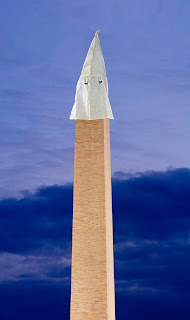 My hero Dogman is animated (by Kevin Baldwin) and serenaded (by Neil Innes) at:
http://youtu.be/LeHWiEVQDzU
And that the entire tale, read either by me or by Phill Jupitus, can be downloaded at:
http://www.johndowie.co.uk/
Think what an attractive gift a self-made CD would be for the seven-year-old in your life. And so cheap!
Thinking selflessly of you at this Christmas time
With best wishes
JD

In the Beats In Kansas: The Beat Generation in the Heartland by Georges Laughead at http://www.vlib.us/beats/streiffhaselwoodmcclure.html

Paul O'Donovan: The Happyland and Elsewhere

charles Plymell: The Last of the Mocassins 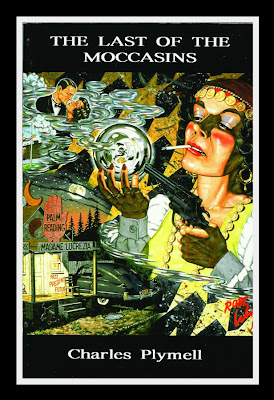 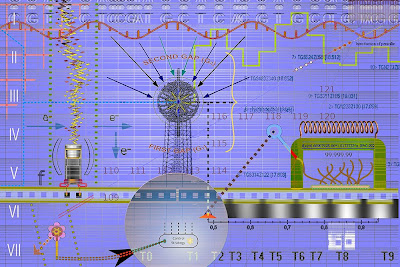