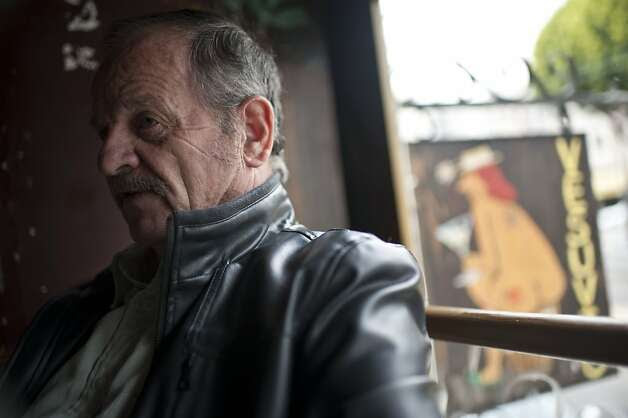 AD Winans is photographed at Vesuvio on Friday, July 13, 2012 in San Francisco, Calif. AD Winans is a poet who has published more than 50 books. Photo: Yue Wu, The Chronicle / SF

AD Winans shows himself in a smaller version of a 1970's poster of poets gathered at Vesuvio bar, in the North Beach neighborhood of San Francisco, Calif on Friday, July 13, 2012. Photo: Yue Wu, The Chronicle / SF

The line between the life of AD Winans and his poetry is a fine one. To Winans himself, it doesn't exist.
"My poems and my life are one and the same," said the San Francisco-born Winans, 75. "They simply can't be separated."
Raised in the Haight-Ashbury and Glen Park, where he lives, Winans served in the Air Force, stationed in Panama, from 1956 to '58, where he "became disillusioned with the American system." By the time he returned, North Beach had become ground zero for the Beat Generation, and Winans embraced the bohemian lifestyle.
Over the ensuing decades, he walked the streets of the city and captured what he saw and felt in more than 50 books of poetry. His devastating snapshots document the indelible heart of an inconstant place and form a stunning portrait in the new collection "San Francisco Poems" (Little Red Tree).
The book follows the 2010 release of Winans' selected life works, "Drowning Like Li Po in a River of Red Wine" (Bottle of Smoke).
Until the late '80s, Winans spent much of his time in North Beach, where poets Bob Kaufman and Jack Micheline became role models and long-lasting friends. When Kaufman broke his 10-year vow of silence, which lasted from John F. Kennedy's assassination to the end of the Vietnam War, with "a half-hour nonstop recitation of poems" at Specs' bar, Winans was so affected he skipped the after-party to write a tribute to his friend on bar napkins. The poem was framed outside Specs' and remained there for more than 15 years.

In the '60s, as hippies flocked to Winans' childhood neighborhood, the poet slogged through a number of jobs to enable him to keep writing. He worked the late-night shift at the post office, as a juvenile probation officer, as a security guard at St. Francis Hospital and as an equal-opportunity specialist for the U.S. Department of Education. He often left these jobs feeling disgruntled, and eventually quit working to write full time.
In 1972 he started publishing the Second Coming Press, which evolved into a regular, perfect-bound journal and then a publishing house that put out more than 25 books. Of note was the ambitious and acclaimed "California Bicentennial Poet's Anthology." The journal's second issue was devoted to Charles Bukowski, who had yet to achieve mainstream popularity. Bukowski and Winans became friends and enjoyed a regular correspondence for 17 years. More than 80 of their letters are housed at Brown University with the rest of Winans' archives. His memoir, "Holy Grail: Charles Bukowski & the Second Coming Revolution," was published in 2002.

'In search of his soul'

It was a year after he started the press that Winans quit his government work, which enabled him to land a coveted job as editor-writer at the San Francisco Arts Commission in 1975 - a gig that would last five years. This gave Winans enough time and energy to focus on his own writing while expanding the press. His book "North Beach Poems" was published in '77, and in 1980 he organized the three-county, seven-day Second Coming Music and Poetry Festival to honor poet and critic Josephine Miles and blues musician John Lee Hooker.
Often classified as Beat because he was there, and Meat because he talks about "the meat-and-potato issues of the day" in straightforward, conversational language, Winans defies categorization. His creative process mirrors his nonconformist behavior: "I never sit down with any set intent on how it's going to come out," he said of his poetry.
His work is a record, as Micheline once said, of "a man in search of his soul," and his poetry often focuses on the homeless, the lost and those left by the side of the road by various cultural movements Winans has lived through.
Since 1995, Winans has enjoyed a daily routine of coffee and a newspaper, a few hours writing at the computer, a walk to the post office and around the neighborhood, and a few more hours writing and listening to jazz records before going to bed and starting all over again.
"That's what life is pretty much about," he wrote. "The growing up, the learning, the wild years, the mellowing, the settling into a routine, and then one day it's over."

Lately, Winans has begun to take things easier. As he sat outside a packed XO Cafe, there was a gleam in the poet's eye as he talked about his body of work. With "San Francisco Poems" just out and a forthcoming collection of political poems by New York Quarterly, almost all of his poems will have been published.
"I'd be happy doing twelve poems a year," he said as the J line rumbled past. "I'd be happy just working on what I have left to get out, and then I'll feel like I've left a good body behind. No driving need to have to produce - if something happens, it happens."

Paul O'Donovan: "Riders on the storm"/"Waiting for the sun" 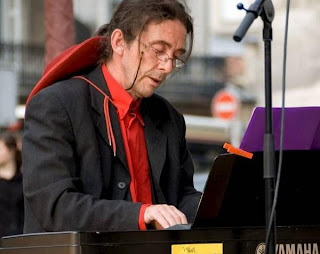 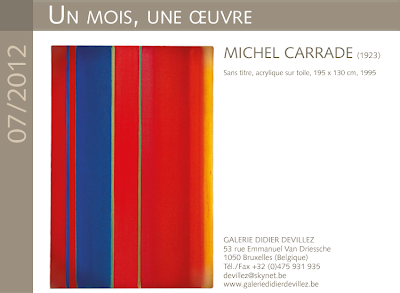