The whirling Dervish: coming next weekend...Sunset beach and San Diego

To celebrate the 40th Anniversary of Rolling Stones founder Brian Jones's visit to their village, Morocco's most renowned Sufi trance Masters, The Master Musicians of Joujouka, are staging a music festival in his honour on 29 July, in Joujouka, Morocco.

Joujouka is a tiny village in the southern Rif Mountains of Morocco founded by the 8th century Sufi mystic Sidi Ahmed Scheich. It is famous for its Sufi trance music, its connections with the Beat Generation and the Rolling Stones, and its annual celebration of the God Pan.

On 29th July 1968, following in the footsteps of William Burroughs, Robert Palmer and Paul Bowles; Rolling Stones founder Brian Jones and recording engineer George Chkiantz visited Joujouka with Brion Gysin and Mohamed Hamri to record an album with the Master Musicians. Jones spent much of his last year mixing and producing the Joujouka tapes and preparing the cover art. He died on 7 July 1969. The resulting LP "Brian Jones presents the Pipes of Pan at Joujouka" was the first release on Rolling Stones Records in 1971. In 2006 Billy Corgan of Smashing Pumpkins took time out from recording Zeitgeist to visit the village and experience the music.

The Rites of Pan/ Boujeloud

In Joujouka the villagers still perform the ancient Rites of Pan. A boy sewn in goat skins dances wildly to the music of the Masters. This music and festival is called Boujeloud, or the Father of Skins in Joujouka. It is a fertility rite directly related to the ancient worship of the God Pan. Pan was evoked in the springtime to ensure the fertility of both the crops and the people. The people of Joujouka have kept this ancient tradition alive. The evening and night will be devoted to the healing trance music of Joujouka. There will be a full performance of the Boujeloud Rite in honour of Brian Jones. The Master Musicians of Joujouka 2006 CD Boujeloud features various variations on the ritual music associated with Pan.

In his short stay in Joujouka Brian Jones made a big impression on the musicians. To this day the song "Brian Jones Joujouka very Stoned" sung in English and Arabic, is a standard at all ceremonies and celebrations in the village.

To commemorate the 40th Anniversary of Brian Jones's visit to their village the Master Musicians of Joujouka are staging a festival to honour Brian Jones memory and his efforts to raise them and their fathers out of poverty.

Guests will be transported to the village from the nearest town Ksar El Kebir. They will stay in the village in traditional Joujouka houses with musicians and their families. In the afternoon there will be a visit to the 8th century sanctuary of Joujouka's patron saint Sidi Ahmed Schiech and to the cave of Pan/Boujeloud.

This is an once-in-a-lifetime chance to experience a day and night in Joujouka as guests of the Master Musicians of Joujouka and their families in their mountain village.

Master Musician of Joujouka Ahmed Attar recalls Jones' visit in 1968 "I was a twelve years old learning drumming with my father and the Mallims (Masters) when Brian Jones came. Brian Jones was very good. My father played rhiata with and for him and I danced and played my drum. He came with Hamri and Brion Gysin. He had long hair and he rubbed my head. He brought a lot to Joujouka. Besef Baraka. We will mark the 40th Anniversary of his visit here in Joujouka to honour Brian Jones and to let people come to Joujouka and see what it is like here for themselves. It is good to feel the Baraka (Blessings) of Sidi Ahmed Scheich. Joujouka is his country. He is the Cultivator with Lions and Healer of Crazy Minds."

Full board will be provided: lunch on arrival on the 29th, a celebratory feast in the evening including charcoal roasted whole sheep and a wide variety of mountain dishes including many vegetarian specialities. Traditional breakfast will be provided on the morning of the 30th. All the dishes will be prepared by the villagers and will be traditional Moroccan fare for a celebratory feast.

Frank Rynne, co-organiser of the Festival, has produced three CDs of Master Musicians of Joujouka and also their 1996 collaboration with Marianne Faithfull "My Only Friend"(10%:file under Burroughs, Sub Rosa Records). He has visited and recorded for extended periods in the village since 1994. He enthuses "I first met the musicians in 1992 when I curated a William S. Burroughs and Brion Gysin art show. It is great that the musicians have decided to celebrate Brian Jones life and work. As well as giving people an opportunity to hear their music as it should be heard, in the open air on their mountain." 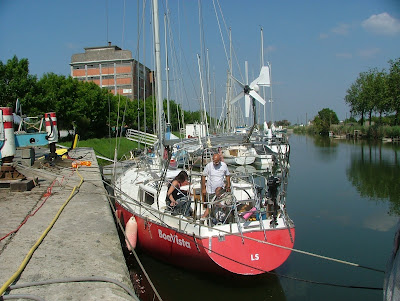 We have added "My Only Friend" by Marianne Faithfull and The Master Musicians of Joujouka to our songs.
The track first appeared on the 10%:file under Burroughs (Sub Rosa Records) in 1996. This Marianne's tribute to her friend and Joujouka mentor Brion Gysin and feature his favorate music the flutes of the Mallims of Joujouka.
Other artists on the 2 CD 10%:File under Burroughs include Bill Laswell, Master Musicians of Joujouka, John Cale, Stanley Booth, Material, Chuck Prophet, William S. Burroughs, Brion Gysin, Terry Wilson, Ira Cohen, and Herbert Hunke.
The CD was an aural continuation of the Here To Go Show which took place at the Projects Art Centre and other venues in Dublin, Ireland, in 1992. The show was featured paintings by William Burroughs, Brion Gysin, and Mohamed Hamri. Live perforlmences and readings by Master Musicians of Joujouka, Hakim Bey, Terry Wilson, Felicity Mason, Joe Ambrose, Ira Cohen and more..........
It is documented in the DVD Destroy All Rational Thought (Screen edge) which is available at
Master Musicians of Joujouka Web Shop
Publié par Isabelle Aubert-Baudron à 22:22 Aucun commentaire:

Shocker TV: june 27th show will be the most hardcore to date 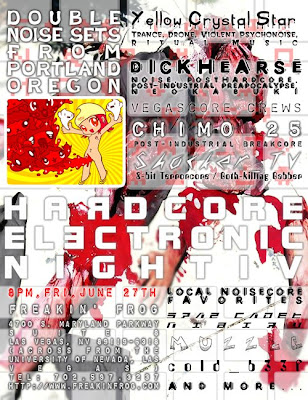 june 27th show will be the most hardcore to date
we will be featuring out-of-town noisemakers from portland, oregon.
be prepared, las vegas (do you need ear plugs?)
if you like to help us promote the show, let me know - i will give you posters and fliers when they are ready...
Shocker TV: The noise diary http://www.myspace.com/shockertv
Publié par Isabelle Aubert-Baudron à 12:51 Aucun commentaire:

ARTIST RECORDS (Bâle)
Once again, we are putting together at the invitation of Lionel Bovier the "artist records" shop that will be installed during the Basel Artfair, John Armleder.More infos JUNE 2nd >JUNE 8TH 2008CURATED BY LIONEL BOVIER / SHOP BY ECART & VILLA MAGICA RECORDS John Armleder.