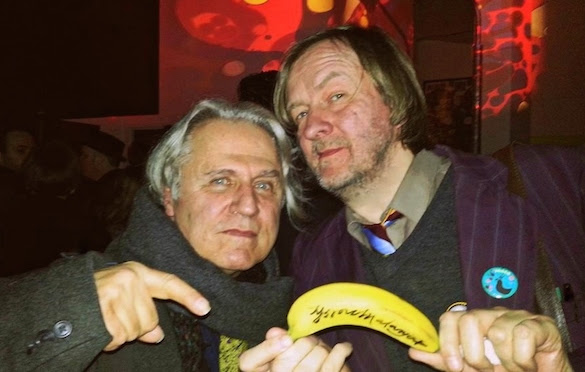 
Gerard Joseph Malanga is an American poet, photographer, filmmaker, curator and archivist most famous, perhaps, for his work with Andy Warhol during the artist’s most creative period in the mid-Sixties. He was recently in Glasgow as the “official poet” of that city’s International Festival and while there he visited The Poetry Club to exhibit some of his photographic work, show a short documentary and to recite some poetry. For Louder Than War, BMX Bandit and long time fan of Gerard Malanga’s work, Duglas T. Stewart, describes how the evening unfolded.
- See more at: http://louderthanwar.com/gerard-malanga-the-poetry-club-glasgow-live-review-by-bmx-bandit-duglas-t-stewart/#sthash.D1g9wsjL.dpuf
Publié par Isabelle Aubert-Baudron à 09:28