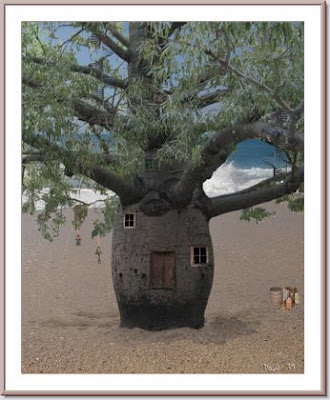 The blog Interzone news http://interzone-news.blogspot.com/ has been supressed during some days, probably because of an error from a robot. I thought it had definitely gone, but it came back after some days after I complained. In the meantime I had created another one, Interzone news’ blog at http://interzonenews.wordpress.com/ . I am keeping it as a mirror site.
I like the web pages preview on the links at WordPress.
If Zoners want to post their news directly on the blogs, I can add them to the page “authors”.

It’s been 12 years since this net is working !!! 12 years of monthly reports relating Zoners’ activitis included my own ones.
What shall we do for the occasion ?
I suggest a meeting on internet : the chat of Interzone forum is practical and can welcome a large numer of people without disconnecting. We can use other tools as Skype. Othger suggestions ? If some of you happend to be in France at this time, let me know here.

I have finished to gather the tome of the Time of the Naguals which contains the articles. It is 237 pages thick. The contents is too big to be included in this page, so it’s on line at http://aubert.isa.googlepages.com/articlescontents.htm . It is in an OpenOffice writer file, which I can convert in pdf.
I suggest to send it in pdf through mail to all the zoners who have written in it, for free of course.

Changes to come in free providers :
Changes are going to happen soon in google pages and geocities :
- Googles pages system is going to become Google sites : this concerns the sites Interzone reports and Interzone Galleries. So the adresses will change, and visits to the googlepages.com URL will be redirected to the new sites by Google.
- Geocities :
Geocities new sites are no longer available and the existing sites will be closed later this year. This concerns the sites Interzone Academy , Interzone Library , Rédacteurs Reporters d’Interzone and BD d’Interzone , so a lot of existing pages, and remaking the sites somewhere else would be a real brainstorm due to their size.
A number of Zoners have sites in Geocities. What do you foresee for them ? Is it possible to migrate them to another free space ? Any tip welcome.

Joujouka festival in the Guardian :
“Hi All,
This year’s festival is on next weekend 5-7 June. There is a nice article in the Guardian today on the Festival :http://www.guardian.co.uk/music/2009/may/29/master-musicians-joujouka-festival-morocco
Best wishes frank 00 353 87 6254901″

Concerts of the Whirling Dervish:
They have been giving a number of concerts in May on 26th the Scene bar in Glendale and on 29th at Alex’s Bar http://www.myspace.com/alexsbarOn June 6th they played at Consumption 12 http://upcoming.yahoo.com/venue/151752/ . They will play at the Crest, in Torrance, Ca on June 20th , and on the 28th at Que Sera in Long Beach.

Paul O’Donovan’s illustration :
Paul sent a new one , ”My Baobab Retreat House”, on line in Interzone Galleries at http://interzone.galleries.googlepages.com/odonovan57.htm

In the other Zoners’ sites :